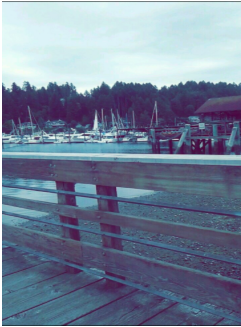 What do people mean when they say “Let’s go hang out downtown!”? Well, they are talking about downtown Gig Harbor, a huge meeting spot for kids, families, and tourists! Not only is it scenic, but it includes parks, restaurants, shops, and even features a dock on the water. It’s a summer hot spot for friends and for several popular events including the Maritime Parade and music concerts. I asked Stephanie Camacho, a freshman at GHHS, about what she likes to do in downtown Gig Harbor and if she visited over the summer: “ I went downtown over the summer a couple times like for example to the parade with friends. Usually when I go downtown it’s to hang out with friends or for my piano lessons.” Kyla Yamamoto, another freshman, says

“I find it fun to just walk around downtown in Gig Harbor with my friends.””

Stephanie and Kyla both went to the Maritime parade. Hanging out isn’t the only thing to do there. Just driving through downtown is beautiful. There is a great view of Mt. Rainier, and it is often you will see photographers snapping a couple of shots downtown. In the summer, there are a number of events held on the streets, such as National Night Out, an evening where they close off the road, and people set up booths, and there is food and entertainment.

The waterfront is beautiful, and in the summer, kids enjoy jumping off the dock into the harbor. Not only this, but people find it peaceful to walk along the edge of Donkey Creek, which runs into the harbor. There are many things to do downtown, including fun trolley rides, the Harbor History Museum, Donkey Creek Park, Skansi Park, Jerisich Dock, not to mention the artwork on display to marvel at. Downtown Gig Harbor is great for a lot of things, and if someone says “let’s go hang out downtown,” you’re bound to have a great time!