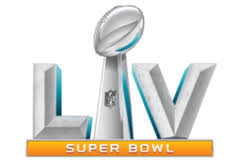 Recently the NFL playoffs have started, and there has been a lot of talk about who will go on to the Superbowl this year. In my opinion, the teams that are most likely to go to the Superbowl are the Kansas City Chiefs, and the Green Bay Packers. I think this is the most obvious answer Because the Chiefs and Packers are the only two teams to have the first-round bye. If you don’t know the first-round bye is, it is where a team does not have to play against any of the teams who did not do as well as them during the season. In this case, the Chiefs and the Packers don’t have to play in the wild card playoffs, giving them a closer spot to go to the Superbowl. The Packers and Chiefs have beaten really good teams this year, and some of the teams they beat are in the playoffs. I think they can beat these teams again and play in the Superbowl against each other. I asked other students if they agree with me on who I think is going to the Superbowl, Joseph Lopez (sophomore Gig Harbor High) said “of course they are gonna go to the Superbowl, I mean they’ve already proven they are the best two teams in pro football.” Evan Carlson (sophomore Gig Harbor High) said, “No. They might be good teams but there are certainly better teams in the playoffs, they just did really well in the regular season.” I can understand why some people might feel that they won’t make it but, These two teams in my opinion have proved that they are the best in the NFL. The Chiefs had a record of 14-2  (14 wins, 2 losses) and the packers went 13-3 so both did really well, and I think they will keep going on their winning streaks throughout the playoffs.