Film Of The Year: Sing 2 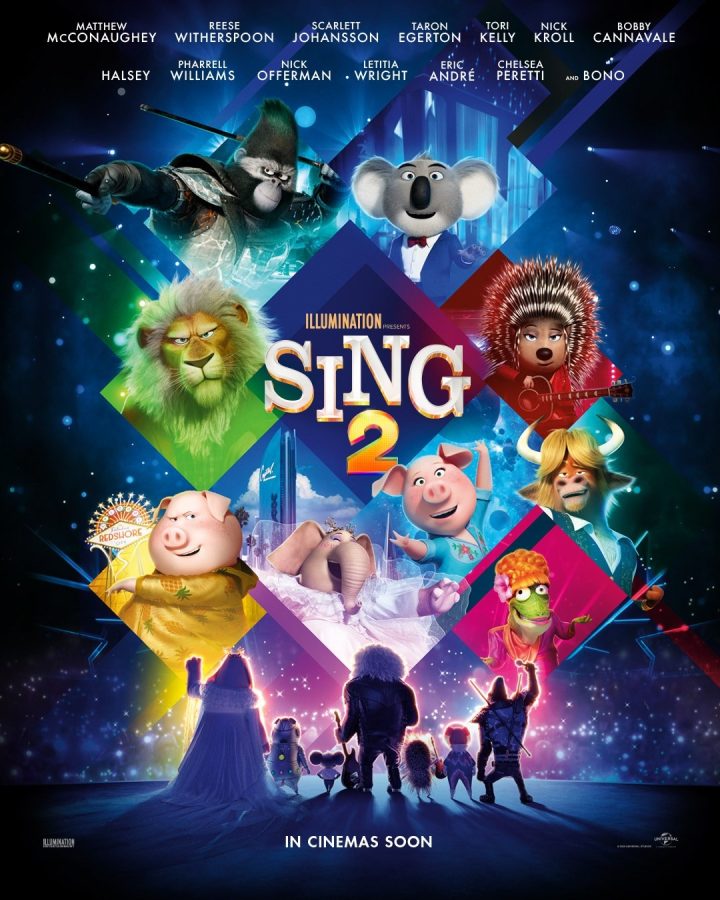 One of 2021’s most highly anticipated movies, Sing 2, was released to theaters on Christmas Day, following up the massive success of 2016’s Sing. Directed by Garth Jennings, the film features a star studded cast of musicians and established actors alike, including Scarlett Johansson, Bono, Halsey, Matthew McConaughey, and Seth McFarlane. It was a delightful movie that captured the hearts of adults and kids alike, and it showed in the numbers, with a $130 million domestic finish in the box office.

I personally had this film as one of my favorites of the year, as it had an intriguing plot (better than the first in my opinion) that followed a rags to riches archetype, starting as local stars in their hometown to big-city Broadway level performers. The main plot follows Buster Moon (Matthew McConaughey) and his group of performers. They get signed onto a high-level production company, with the promise that they bring in an old rock star, played by Bono. This film shows the power of music on full effect.

One of the highlights in this movie was when Johnny (Taron Egerton) learned how to dance from a street dancer, and proved people wrong. I think one of the redeeming qualities of this movie is that each character has their own uphill battle to fight and they all are able to succeed in the end. Sing 2 was also very entertaining in the suspense involving villain Jimmy Crystal (Bobby Cannavale), and the humor in the movie. “My favorite character was Gunter (Nick Kroll) because he was sassy and fabulous,” said Lola Hawkins (10).

Overall, this movie was the perfect balance of funny, exciting, and heart-warming. While there were some especially corny moments as this movie is marketed towards families, it was still very engaging and fun to watch. Not everyone agreed with my point of view however. Cassius Via (10) commented that, “I think Sing 1 was better because of the story arc with the gorilla and his dad.” While this is a very valid case, I think the storyline of Sing 2 is much more lush and layered. This is one of the best films of 2021, and I’ll give it a solid 8.5/10 rating.